I was asked by Orangenbluete on my DeviantArt account about the kind of "over-kimono" that the lady with blue hair wears in this picture:

(from the anime Natsume Yuujinchou... I didn't watch it, though)

This is a traditional "kimono coat" called michiyuki. It's meant to be worn when going out in the street, to protect the kimono from getting dirt or wet, and also to make the wearer warmer. Michiyuki can have different lenghts, from short, waist-line ones to others as long as the kimono itself. It is usually plain color, or has discrete, simple patterns - which makes sense, since it's made to suffer more wear than the kimono underneath it. 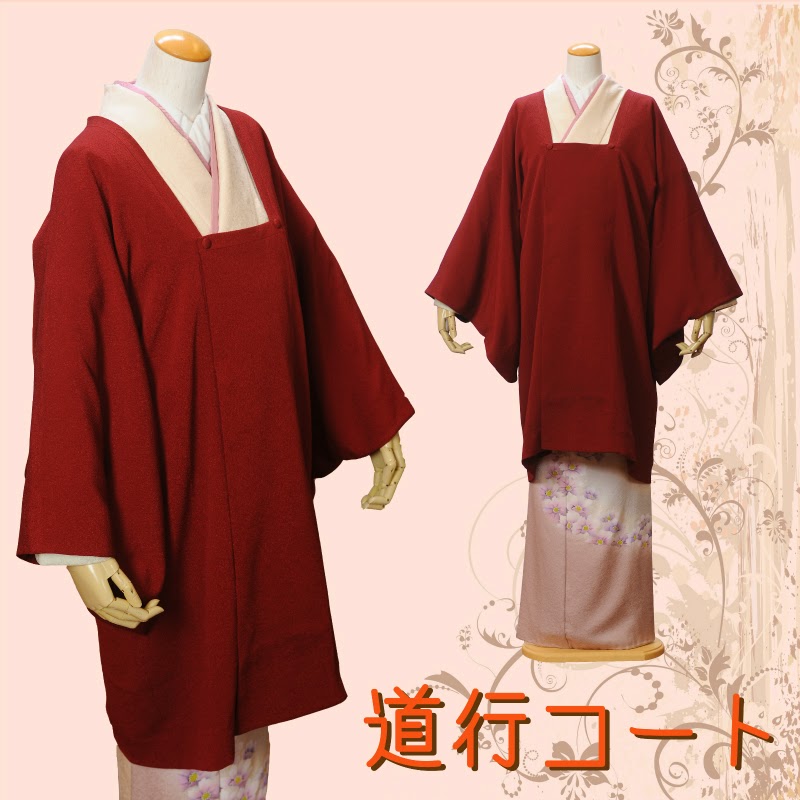 A red michiyuki, closed by buttons.

Different from haori (another traditional kind of kimono over-garment) michiyuki has a square neckline, and is usually closed by buttons. It's also mostly made for women - while haori was a male outfit that ended up having female version too after Meiji period (1868-1912). Also different from haori, michiyuki is always worn closed. 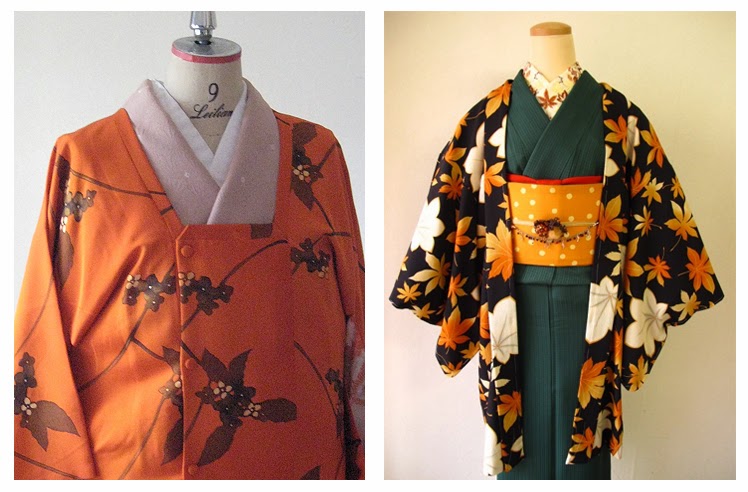 Michiyuki (left) and haori (right). Notice the different collar shapes. Also, haori is tied with a cord
in middle chest and worn open, while michiyuki is closed by side buttons, and always worn closed.

Also, be careful not to confuse michiyuki with dochugi, yet another type of going-out over-kimono. Dochugi is worn in the same way and occasions as michiyuki (and also closed), but the collar and sleeves are just like of a kimono. Also, it is fastened by cords at the side. 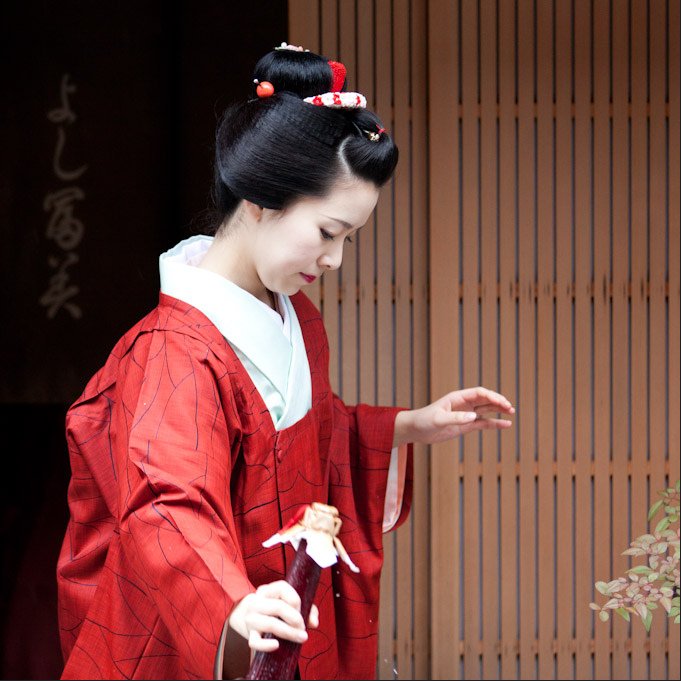 Maiko-san wearing michiyuki over her kimono (see the square collar?).
Photo by Walkkyoto on Flickr. 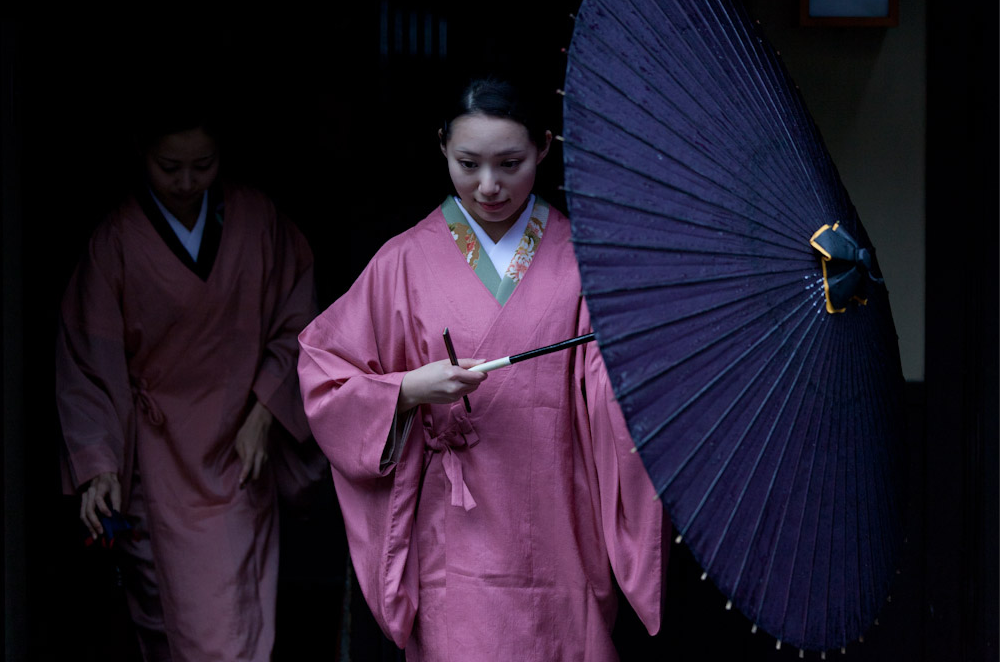 Geiko-san wearing a dochugi over her kimono. Notice how it's tied at the side.
Photo from Walkkyoto, on Flickr.

Michiyuki and dochugi have a quite old-style feel to it (as you can see, they're worn by geisha and maiko, so, they're very traditional wafuku). These garments reminding me of the first half of the 20th century.. - althou I'm not sure when they first appeared, so their early origins might be a bit older. They're both very fit for rainy or snowy weather.

I hope this cleared things up about michiyuki (and a bit of other kimono overgarments). Thank you for the question, Orangenbluete! ^^